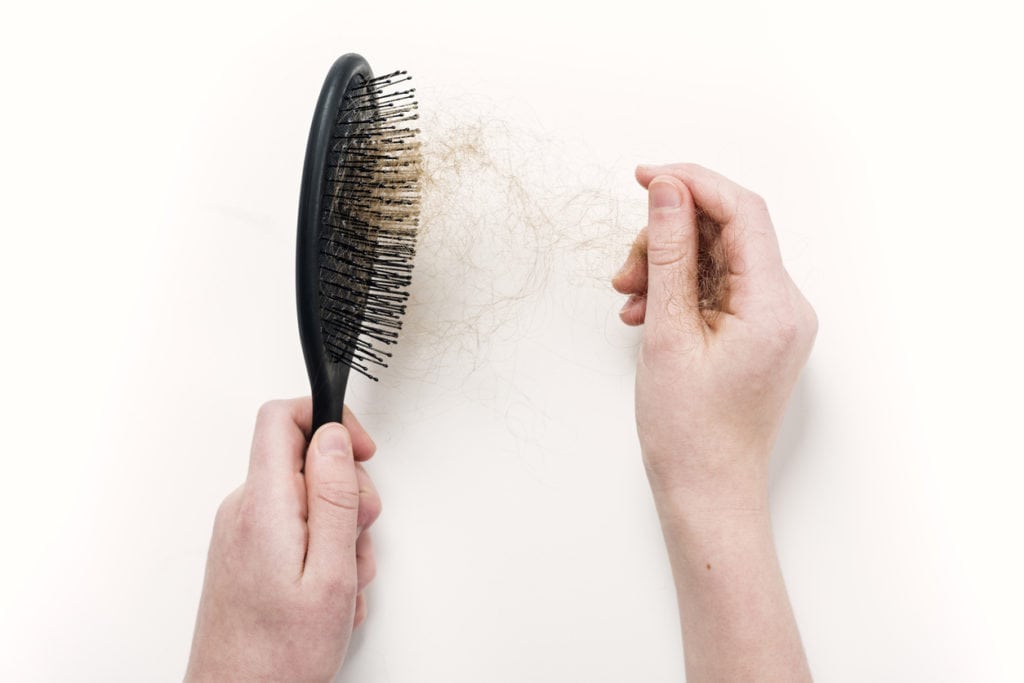 Those who suffer with less-than-stellar strands – whether attributed to alopecia areata or male pattern baldness – know the immense toll it can take on one’s self-esteem. There are a number of factors including heredity, hormones, and age that lead to hair loss. According to the American Hair Loss Association, two-thirds of American men will experience some degree of appreciable hair loss by the age of thirty-five; by fifty approximately 85% of men will deal with significantly thinning hair. Women are no strangers to the phenomenon either; with 40% noticing some sparseness by age 40.

Sometimes, “happy” accidents occur in the field of medicine, and one such discovery developed when researchers from The University of Manchester’s Centre for Dermatology Research shed new light on the unexpected (but very welcome) “fringe benefit” of the drug Cyclosporine A (CsA). Derived from a species of fungus, CsA has long been used to prevent transplant rejection in patients, as well as to mitigate the effects of autoimmune diseases. However, its positive effect on a patient’s hair growth has made it a new power player in the treatment of male pattern alopecia (MPA) and alopecia areata (AA).

CsA works by reducing the expression of SFRP1, the protein that deters the development and growth of many tissues, including hair follicles. However, the drug is not without its caveats; potential side-effects include kidney problems, high blood pressure, seizures, thickening of the gums, muscle and joint pain, development of gout, and gastrointestinal issues (to name a few). To sidestep a these and other residual effects, Dr. Nathan Hawkshaw and his colleagues involved in the aforementioned Manchester study found that WAY-316606, a compound originally used to target osteoporosis, acts similarly to CsA, but without the same adverse effects. After treating hair follicles with WAY-316606 for just six days, researchers were pleased to discover that it had augmented hair growth.

Interaction with the Body

Prior to the discovery of this revolutionary compound for hair loss treatment, the only pharmacologic options for hair loss were Finasteride and Minoxidil, both of which cause moderate adverse effects and often come with disappointing long-term results. Other options for hair regrowth included transplantation surgeries, which can be expensive and often require downtime and substantial scarring. WAY-316606 is still undergoing trials and the sometimes-long FDA-approval process to examine how it interacts with other medications, its benefits and pitfalls, and how it’s delivered throughout the body. However, WAY-316606 presents a promising, novel option for those dealing with hair loss.

Don’t let hair loss keep you from being your very best; the team of qualified professionals at Northwest Hair Restoration remains at the forefront of cutting-edge technology and treatments for those who want a bountiful head of hair. Led by Dr. Robert Niedbalski, the most experienced hair transplant surgeon in the Pacific Northwest, Northwest Hair Restoration’s Tacoma, Seattle and Spokane offices offer the comprehensive care – and results – you’re seeking. For more information, or to schedule a consultation, call 253-572-2949.