After over 25 years in practice, Dr. Robert Niedbalski has successfully restored hair growth for thousands of patients, men and women alike, with all different types of hair loss. Below you can see photos and read about a few of the satisfied patients we’ve treated at Northwest Hair Restoration in Tacoma, Seattle, and Spokane, Washington.

Before and After Photos

Each of these patients came to us with different hair loss problems, looking for different solutions. Here are their unique stories.

Leroy started noticing thinning areas in his mid-scalp, and recession in his temples. It really bothered him that he could see through his hair. Already trying to prevent hair loss, he wanted to know the full scope of options available. He started his research by meeting with Dr. Robert Niedbalski of Northwest Hair Restoration for a consultation.

In 2005, Dr. Niedbalski performed a hair transplant surgery. Pleased with the results, Leroy has maintained his annual visits to check in with Dr. Niedbalski.

In 2014, Leroy was noticing some subtle changes to the density of his hair. Dr. Niedbalski recommended ACell + PRP injection therapy to thicken existing hair and protect it from future loss. Leroy was motivated to act before additional surgery was necessary.

At his 4-month follow-up after the ACell + PRP procedure, he’s already noticed increased density, especially in the crown area. 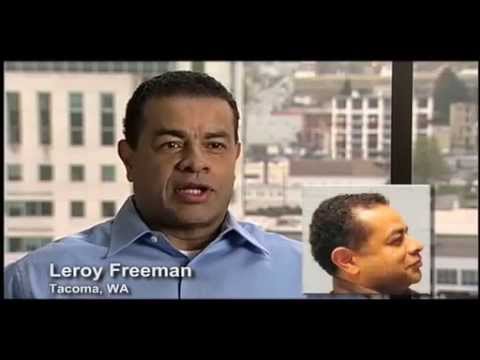 Marcus’ Story
Hair Transplant Surgery with ACell + PRP
Marcus had been experiencing hair loss since he was 22 years old. At the age of 29, with his wedding coming up, he decided to pursue hair restoration.

Marcus decided that including the ACell + PRP treatment with his hair restoration surgery provided the additional boost he was looking for.

Dan’s Story
Hair Transplant Surgery with ACell + PRP
Dan started losing his hair in his late 20s and into his early 30s. He was able to slow the progression somewhat with Rogaine, but by the time he reached the age of 40 it was becoming a real issue and was greatly affecting his self-esteem. He wasn’t excited about the prospect of just shaving his head so, at age 42, he made the decision to have hair transplant surgery.

Dan was very pleased with the results of the initial surgery. Predisposed to genetic hair loss, he continued to gradually lose hair over the years. At age 50, he felt it was time to get another transplant. After researching new techniques since his last procedure, he became extremely interested in adding ACell + PRP to his hair transplant procedure and sought out Dr. Niedbalski to learn more about it.

To Dan’s eye, the thinning area on top of his scalp looked like a stripe. His goal was to eliminate this stripe and the ability to see through his hair. So, he asked the doctor to fill in the area from his hairline through the crown.

Eight months after his second surgical restoration, Dan came for a follow-up. He was so pleased with the results, he decided he was ready to address some subtle adjustments to his hairline and make one final push for maximum density. A third and final transplant procedure was performed to achieve these goals, and Dan is now looking forward to growing his hair out in his retirement.

Geoffrey’s Story
Hair Transplant Surgery with ACell + PRP
Geoffrey started noticing hair loss at the age of 19. Upon meeting Dr. Niedbalski at age 25, his hair loss had progressed to a Norwood 5. Hair loss runs in Geoffrey’s family, so he knew where his genetics were pointing to and stated clearly that he didn’t want to be bald.

After investing in an expensive topical program recommended by a hair loss club that did not produce any results, he came to see Dr. Niedbalski. Together, he and Dr. Niedbalski formulated a plan that would accommodate his budget over time and add hair gradually over the next several years.

Geoffrey started with an ACell + PRP injection procedure in March 2012 to see how much growth he could achieve without having surgery. His results showed significant improvement in hair growth.

Geoffrey elected to proceed with an FUT transplant a year later, in May 2013, and another in March 2014. At his September 2014 follow-up appointment, he shared his pleasure with the outcome thus far and is considering adding more grafts to the crown and mid-scalp at the end of the year.

If you’re noticing hair loss and don’t know what to do about it – except that you know you don’t want to be bald – it’s time to schedule a consultation with Dr. Robert Niedbalski at Northwest Hair Restoration of Tacoma, Seattle, and Spokane, Washington. Find out what your hair restoration options are by calling us at (253) 572-2949 or use our online form to request an appointment. 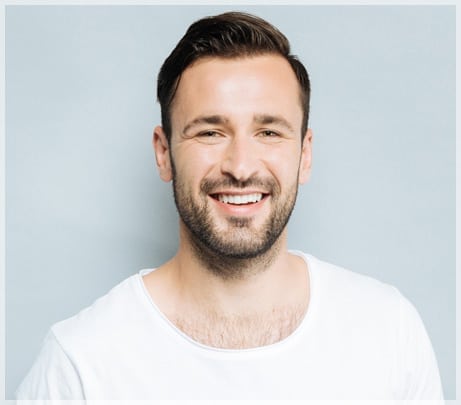